Continuing with what I started last Friday,

we are still in POSITIVE mode,

and seeing that another week has passed, (incredible!, how fast!),

I want to communicate officially to you and so that there is no doubt I want to leave it here in writing …… ..

WE HAVE LESS TIME LEFT!

I SWEAR I DON’T DRINK!

I’ve had to squeeze my brain to come to that conclusion!

(Only the Minister surpasses me who has said that “they had noticed a decrease in sports betting ..”

I surrender, there is no way to match with such a genius!

I hope you are all a little crazier than you were the week before, and that, do not take it wrong,

And why do I think it is good?

Why in this world today if you are not a little (or a lot) crazy you are not capable of doing anything different, nothing original….

IT’S GOOD TO BE EVEN IF IT’S A LITTLE!

It is enough that you are just a little “normal”, you stay there in a corner, cuddly swallowing everything they want you to swallow so they can manipulate you at will.

Well no, friends, you have to rebel, you have to go a little crazy to get out of the flock, and that they do not take you like the sheep to the fold.

And I don’t mean confinement, which by the way the term is NOT correct (not even that is well done)

According to the RAE, confinement means:

“1. m. Action and effect of confining.

Therefore the most correct term is the one that I have always used: “house arrest”, since we are deprived of all freedoms, even that of earning money to subsist.

Well, about the house arrest,

I see it as very correct and necessary because otherwise the mass does not understand anything and is not able to discern for itself what is right and what is wrong,

In addition, I already mentioned it in a previous blog, more and more I am liking that about staying at home, and above all about going out and just going on the road and not seeing people, it’s amazing!

How is it that if I meet a lot of people in the supermarket I turn around and leave….

What is happening to me? Am I going crazy? Or just antisocial?

AM I HANDSOME IN THE PHOTO?

What is happening to me already even has one of those names that are invented every day (in English of course) is called….

Cocooning, and is the result of imposed confinement, but also voluntary.

“It is the tendency to spend more time at home, socialize less outside and make your home your strength”, says Patricia Daimiel, general director of the Nielsen consultancy

So what happens to me is already happening to many people.

The problem I will have when everything returns to normal (when will it be ?, chi lo sa?). 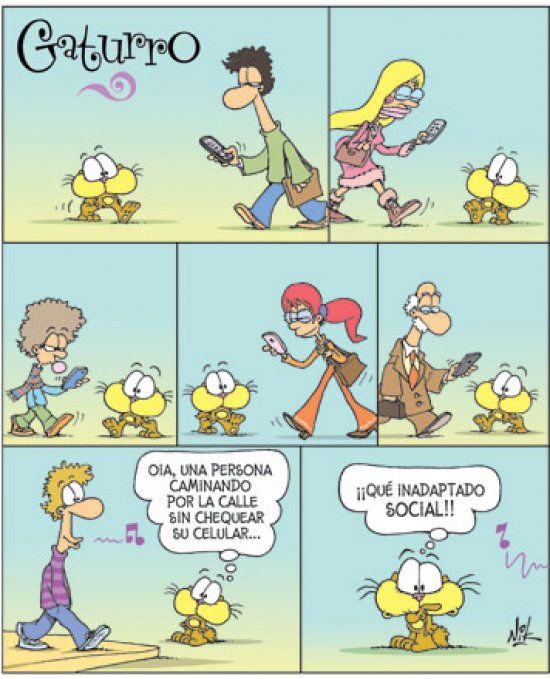 I WANT TO BECOME A SOCIAL MISS

I wonder? Will they give me outbursts of love or make me want to run away everyone who comes near me?

I think both will happen to me:

It will give me a lot of joy and attacks of affection to see the people that I love and appreciate and that I have not seen for a long time, and I will have to contain myself so as not to give them a hug, and on the other hand they will make me want to run away a type of people that I can’t stand (one day I’ll explain what are the kind of people that I don’t drink)

Returning to the subject, when I refer to rebellion I do not mean to break the arrest, (as I am in a risk group I try not to stick my nose out on the street),

but to rebel against measures that they are taking and others that they talk about that they want to take.

That it is true and that no, we can no longer know it, therefore, it is a hoax that circulates.

But the reality is that except divine miracle,

We go straight to the fucking ruin,

and from that only between 5 and 8% of the Spanish will be saved at most,

the rest who more and who less will be very screwed to get ahead.

THE ONE WAITING FOR US!

Some will see their savings diminished in a worrying way (that if the Marquis of Galapagar does not expropriate them),

and many others will not even have to eat …

not for the sandwich.

And it’s not a joke.

How many businesses of all kinds will not be able to open their doors again when the arrest ends?

I don’t even want to think about it.

he famous chef Andoni Aduriz of the starred Mugariz Restaurant, calculates that at least 20% of the restaurants will not be able to open again.

Today for example I already did it.

They sent me a very serious and sensible article on economics that really made my hair stand on end.

So you know what happened to me? Well, I only saw the positive side and I thought:

If this is true, Spain will again be a poor country and therefore cheaper,

which will translate into lower prices for both the cost of living and property,

and as the good weather, the good food and the good roll we will not lose it,

more people will want to have a house here,

so if we are smart we will sell more.

So you shouldn’t lose optimism and positivity,

and you have to be prepared not to lose or miss the opportunities that will come.

DEPENDS ON EACH ONES

Do not waste a minute on regrets or complaints, and get going now!

Do something while the confinement lasts.

See what you can do better in your work.

Analyze the mistakes made so far (yes, you will have made them too, don’t go overboard)

Do not swallow all the news or messages that reach you,

just think that everything is going to be fine, whatever happens to you, there is always a gap for hope.

THINK ABOUT SOMETHING DIFFERENT

Trust yourselves and listen to me …

STOP EATING LIKE ANIMALS! (use the mask that is very effective for that)

(Now what is scarce in supermarkets is flour and yeast. From that to fat asses the distance is one more month of confinement)

And do exercises, even if you are sitting on the toilet, it does not matter, the theme is to move,

Inactivity can affect your health in a way that at first may seem irrelevant but it will not be, especially if you are not young.

Keep that in mind.

There is a very interesting article in El País on 11/04/20 by Sandra López Letón about what is already happening:

And what does my crystal ball tell me?

The sale of second-hand homes and especially on the coast, will be very affected,

The number of operations is going to drop a lot (this year between 20 and 50%), always obviously depending on the duration of the sanitary measures and the type of economic measures that are adopted.

Normally, it would be reactivated in the last quarter of the year, starting to normalize in early 2021.

In what is the first residence, the decrease in sales may be slightly less noticeable, but it will be much stronger in second coastal residences.

As the crisis is global, there will be very few foreign clients, at least this year, and when the situation begins to normalize they will return, but for the moment foreign demand will plummet.

In new construction, developments in progress or in project will also be affected and they will have to make a price adjustment necessarily because the price difference with the used home is going to be large and because the buyers are going to arrive with the discount in their hand, already before they start talking.

The economic crisis, the decrease in GDP and its consequences on the labor market, which, regardless of the measures adopted, will be very much affected, will bring with it a fall in the demand for housing, in addition to the general ruin that there will be, already we will see who will grant a mortgage …

And of course an increase in supply, because many homeowners in need of liquidity are going to put their properties up for sale, applying discounts to sell quickly.

This situation will cause investors to return with a twine, again looking for bargains.

I PRESENT YOU TO MY FRIEND FELIPE

Sellers who have a healthier economy and can endure, will remove the houses from the sale until the storm subsides and everything returns to normal.

On the other hand, the decrease in rental prices and the insecurity in payments, which is beginning to be perceived, can help owners with rental homes to put them up for sale.

While investors are going to wait quietly (remember the fishermen?) Until it is clear how far the offer goes (read ruin).

And this is because with the volatility that we see in the financial markets, the real estate market is ALWAYS a good refuge for investment.

The national buyer will be the protagonist, while foreign investors will wait for everything to become clear (both in their country and in Spain) before deciding to buy again.

With all this situation, it is understandable that housing prices could drop to 20% or more in the coastal areas, which would again be very affected.

So friends, garlic and water (remember that?)

I leave you with the slogan that the Generalitat Valenciana will use to make tourists come back and that I really liked:

(Don’t be heavy! There is one week less left!)

Here you have a night view of Altea Hills from my prison! 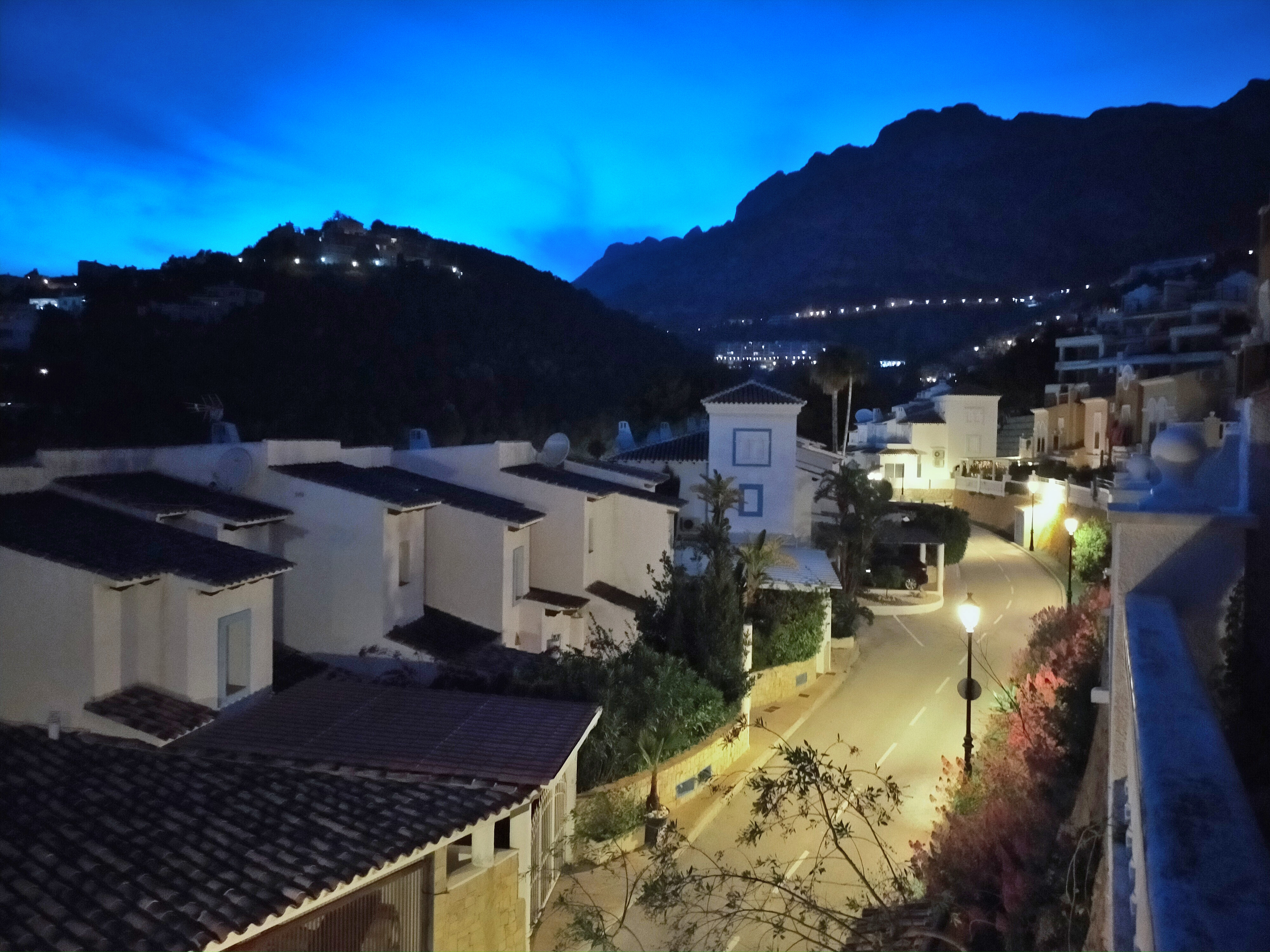 A big hug (without virus)