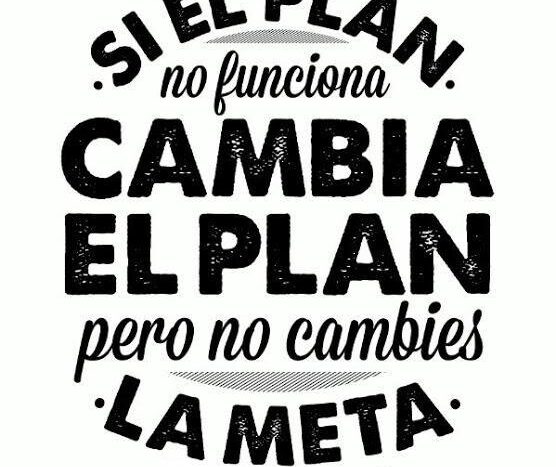 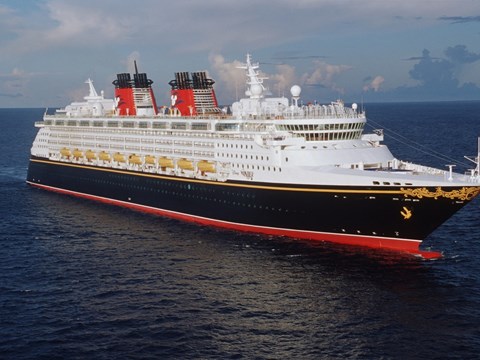 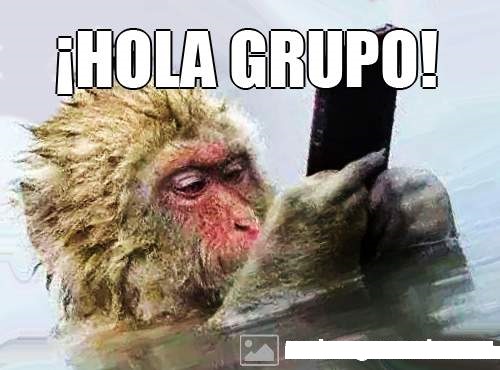 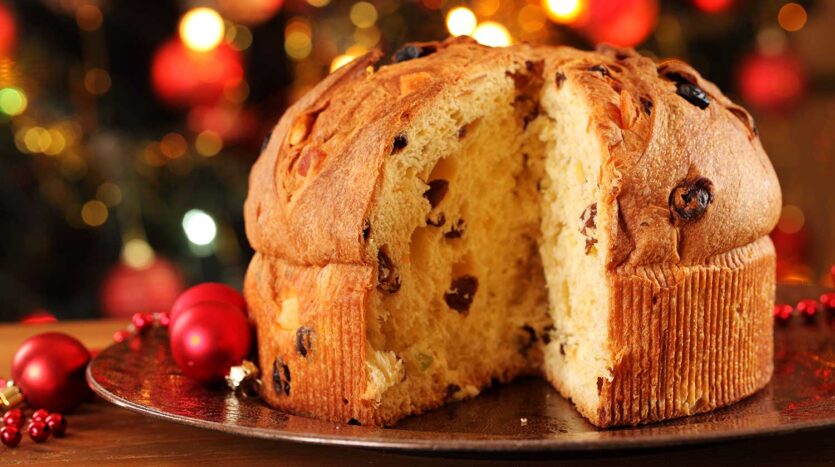 Nothing to note has happened to me and I haven’t heard of anything relevant that has happened and that is worth commenting on, except what we already know.

We are in a moment of transition until after the Holidays where everything slows down even more if  possible.

In Altea Hills in the afternoons there is not a cat on Av. Europa and in Puerto Campomanes it seems that they had thrown the bacteriological bomb that kills living beings without destroying the buildings.

I particularly believe that for any profession things are complicated and in the real estate business, operations, unless you are very lucky, are very difficult to close, although the occasional kamikase continues to open real estate offices (these days I have seen two new ones)

In my case, I have several operations underway and I hope to be able to close at least one before the end of the year.

We will see if there is luck.

It wouldn’t be bad to say goodbye to this shitty year.

Because as a friend of mine said: this 31 more than receiving 2021, we don’t know what it will be like, we must kick this shitty 2020 with great joy.

In fact, Guillermo, who has a restaurant in the port of Alicante (Dalí Gourmand Bar) already has it prepared: they say goodbye to the year on the 31st at noon.

And he already has more than 50 reservations!

It seems that we are all like crazy to end already a bloody time!

Today in the Altea real estate blog with humor 75/2020

I am going to highlight a property that I particularly love:

A beautiful villa in the Sierra de Altea Golf.

It is halfway between the sea (Marina Greenwich) and the Altea Golf Club.

It is perfect for lovers of both.

In addition, the town of Altea La Vella is very close, which makes things much easier.

It has a lot of privacy and both on the upper and lower floors there are two complete apartments, which allows you to have family or guests with a lot of independence. 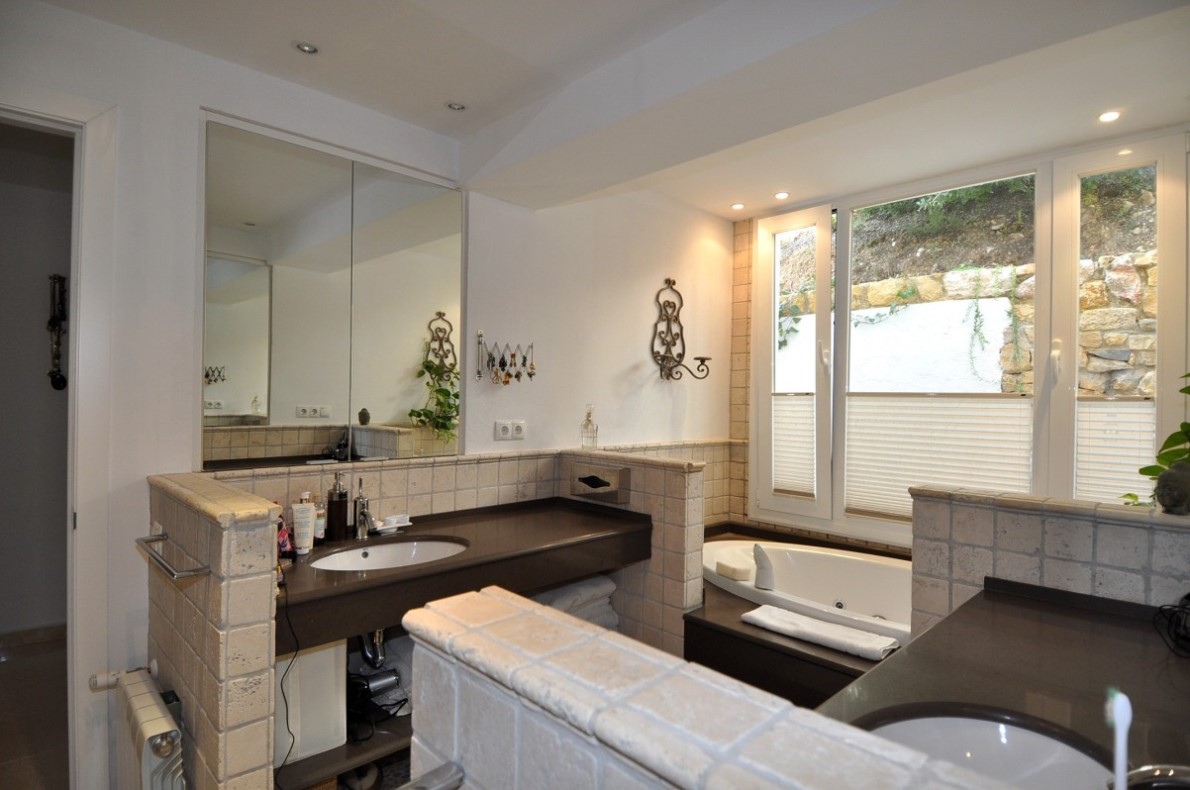 In total it has six bedrooms with five bathrooms….

and a beautiful garden for cool summer dinners or just relax and enjoy.

It has amazing views from anywhere in the house.

Judge for yourself with the photos that I put:

WHAT A VIEW FOR A LUNCH!

At a very good price for the house that it is, the place where it is, the meters it has and the perfect state of maintenance:

Here is the link to my website in case you want more information:

We are here again!

This week has gone very quick to me!

I think it depends on how we take things, events, facts….

The circumstances of the life of each one.

If you are positive, almost everything is solved easily and without much stress.

If you are negative, almost everything is more complicated and it seems that it never happens.

When you are positive, you find solutions quickly and easily most of the time.

When you are nervous, overwhelmed, negative ……

usually you can’t think clearly and everything gets more complicated.

Doesn’t it happen to you?

When you are nervous and in a hurry, or you drop things, or you forget something, or something gets stuck and doesn’t come out …

more with my truly Italian character… ..

because I don’t know if you know that my father was Italian, from Cortemaggiore, a small town near Bussetto, where there is a small museum of the famous composer Giuseppe Verdi, (he was born nearby, in Le Roncole) in the Province of Piacenza, near Milan.

So even though I was born in Argentina and I’m a Spanish national, I sound truly Italian!

For the good and the bad.

Me piace molto Italian food… it really drives me crazy.

And the big bitch is that if I want to be without cholesterol, without glucose, without triglyceride, without … his damn mother!

Kid, be good! (in Argentine without accent)

No butter, no dulce de leche ..

now at Christmas nothing but a little piece of Panettone ..

the turron only a small a piece …

I do not translate it because I am going to look badly spoken….

Luckily I have learned to cook very healthy vegetables and legumes in the microwave that are delicious….

Anyway, we are still positive.

The reality is that if you want to be well, you not only have to deprive yourself of ALMOST everything, but on top of that you can’t stop moving your ass all bloody day, because otherwise the pounds and the associated markers are going up and you screwed up.

In order to cope with all this, there is no choice but to recover the youthful spirit, and without becoming ridiculous, try to do many things that we did when we were young …

And without the fears that we get when we get older …

I’m going to tell you a story……

In Spain Franco was already dying.

And in Argentina a government in misrule (as always)

In the summer of Spain (August) the S.O.A.B. on duty in the Argentine government they put a Minister of economy, one called Rodrigo, (a doll to cover the four that were in command), to devalue the Argentine peso to the beast (like everything in that country).

The aforementioned Rodrigo was fired a month …

He devalued the peso a lot, in fact I don’t even remember how much …

To give you an idea, gasoline started to cost three times what it use to cost.

Can you imagine how everything goes to hell?

At that time I was a young, handsome, athletic playboy (I did exhibition taekwondo), and I was a medical visitor at the Abbott laboratory, with a very good salary …

Just at that moment, and despite my youth, they were going to appoint me Regional Head (which, in addition to giving me more prestige, raised my salary and allowances a lot)

And I remember that morning as if it were today …

Shower, breakfast and to work (in Argentina as in Italy it starts very early)… ..

and while drinking coffee I read the news …….

and that it would NEVER change!

and today, 45 years later, time has proved me right …

I at that time had some money in the bank and also selling my car and a piece of land that I had bought,

I could barely buy the one-way boat ticket (no return) and bring 300 dollars!

(Two years later, with the same money, I could have bought a small apartment in Madrid because of the peso-dollar ratio that had already changed again).

Isn’t it a country of crazy bastards?)

The case that this happened in August 1975 and as winter was coming in Europe, I decided to get the ticket for March 76, that way I got better wheather and if I had to sleep outside, I wouldn’t die of cold!

IN CASE OF THIS SITUATION, I CAME TO EUROPE IN SPRING

During those months a friend of mine, Angelito Buchinier (Q.E.P.D.). He signed up to come, which made the getaway more enjoyable.

And in March 1976 we left the port of Buenos Aires on the Cristoforo Colombo, huge cruise ship on its last trip because then it was going to be scrapped …

an at the time of shipment, the military junta of Videla, Galtieri and Viola had been ruling for about 15 days,

cleaning Argentina of extremists, montoneros, common criminals and everyone who disliked them….

(the delincuents, just in case, all running away like rats)

I have the image so present as if it were yesterday …

To enter the gigantic ocean liner (to make matters worse with all the huge black hull), there was a small and narrow staircase where we had to climb the passengers one by one in single file…

THE BOAT WAS SIMILAR THAN THIS ONE

At the foot of the stairs, a sinister person… .., all gray, and dressed in a worn gray suit…. (same as him)

And on a black table with only the chair where he was sitting… ..

The only thing on the table was a big black book ……

Like those that merchants used when we were children and where they wrote down from the bonds to what they sold… ..

Each passenger one by one had to present their passport….

That the aforementioned character was checking a large list of thousands of names….

When he returns the document to me, and as thank God or destiny (everyone believes what they want), my name wasn’t on that list

As always a joker I tell him:

What, is that the blacklist?

And the man in question answers me, very gloomy and calm ..

Conclusion: if my name had been on that list, I would not be here now telling this story!

There were thousands of disappeared, and I would have been one more.

After that process, the only thing that worried me was to see what mines (hot girls), were feasible to link, because the trip lasted 15 days and it was not a matter of staying off the hook….

Because the crew, all Italians, were faster at picking up than Hamilton in F1.

Can you suddenly imagine that you set sail for America, without knowing anyone there, without a return ticket and with 300 dollars as your only capital?

And leaving a great, safe and well-paid job in Spain, simply because you want to change your life?

And the only concern that invades your head at that moment is to see which aunt you are dating?

Well, that was me.

Without penalties for what I left (family, work, friends, the city where you were born….)

with great confidence in myself and totally sure of what I was doing….

As the years go by, life hits you and you start to shit for any nonsense …

that then 90% of what scares or worries you, never happens.

What a difference! Now I’m not going with 300 euros or to Albacete!

That’s why I try to reprogram my head to, at least, recover that old courage, that unconsciousness that youth gives you….

What happens when you are young?

You only care about the goal.

If you see something you like, you only think about it, how to achieve it.

and you want it …

you want it asap.

And to obtain it, you do whatever it takes, almost without caring about the consequences that it may have.

Over the years, and by dint of having a hard time for things that did not turn out as you expected,

you are taking precaution (which in some cases can turn into fear), and that is slowing you down ..

makes you think about everything more,

missing opportunities, many times to obtain wonderful rewards that life can offer you.

And so you stay …

And as you are careless you find yourself without moving, denying everything, how the world has changed, which before was something else …….

Anyway, you already know. What am I going to tell you about….

And if in addition, you do not do any type of exercise and you put on extra kilos …

No one moves you from the couch with your beer and your favorite Netflix series.

Let’s play with life, let’s not let life play with us!

Take your reins, and mark your path …

Let no one take you where you don’t want to.

Take that step you’ve been thinking about for a long time.

Don’t put it off for later

that life is today …

What will happen tomorrow?

Thank you for having spent this little time with my stories …

I leave you with the unsolicited advice of today

Have a great weekend