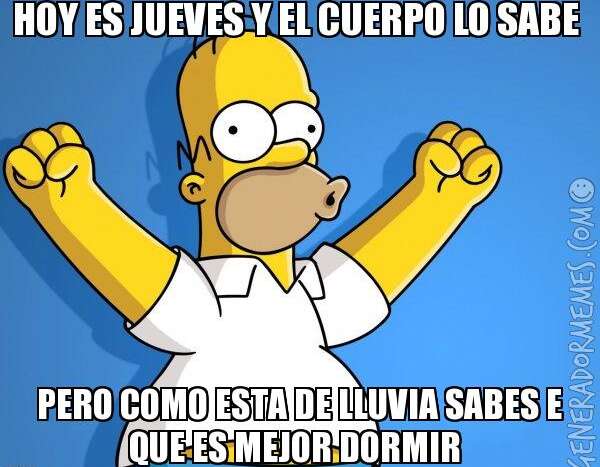 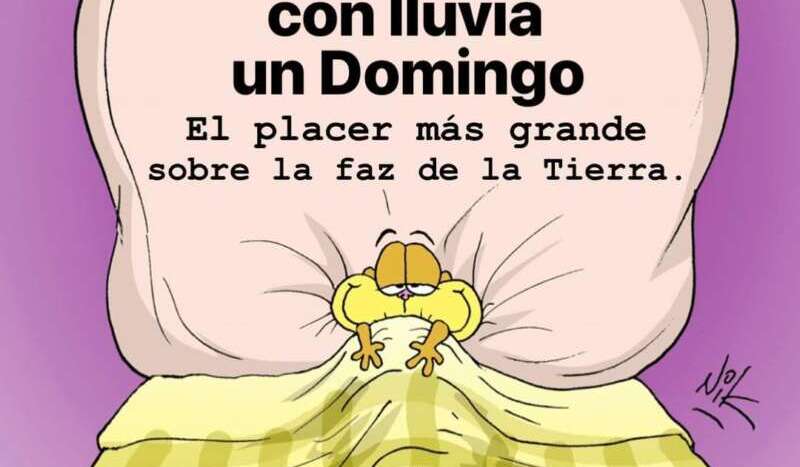 When I write this (Wednesday afternoon) I don’t remember at all how I was in the mood on Monday morning, truth be told.

It is that I go through so many different states of humor, that if I do not write it at the moment, the next day I do not remember …

What’s more, I don’t even remember if it was raining or not … I think so.

So suppose it was raining, which is the latest fashion in Altea, to rain!

Well, I would be in a doggy mood … Imagine: Monday and rain … OMG …

Although the truth is that with the house arrest we are being subjected to, it doesn’t matter whether it is Monday or Sunday … what changes?

WE’RE ALL IN PRISON!

By the way, I imagine that you all know that in the state of alarm it is NOT forbidden to go outside, that is considered by the state of exception, therefore they cannot fine you, which they are doing now.

If not, you can read the article published on ABC, from Nati Villanueva: “the jurists warn: they are applying the measures of the state of emergency”

The professor at the University of Valencia Carlos Flores says it very clearly: “The alarm decree cannot limit fundamental rights and here” they are affecting in an unprecedented way in our democracy. “

The same professor of Constitutional Law, Carlos Ruiz Miguel, agrees with this idea, recalling that the paralysis of the economy “is not contemplated in the state of alarm in any case” and yet, in practice, economic activity is being prohibited . “

I suppose that when this happens the fines will be appealed and will be without effect.

Now, don’t rebel against being fined because if you do, they take you prisoner, and that if it is contemplated, is called “resistance to authority”

(I just read that the government will detain those who put TWO fines or more, they will consider it resistance to authority. It is clear that there are people fed up)

So, my friends, have you reached the same conclusion as me?

That this is pure and harsh manipulation through fear?

They are subjecting us to a Bolivarian dictatorship, they are insulting our intelligence … they put fear in us everywhere …

In most countries in Europe and in Australia itself they allow you to do sport alone or in pairs for an hour.

Here you can see that politicians have never played sports in their lives. They don’t have any idea what happens when you can’t do anything!

So you can see an example of an advanced country and coherent politicians:

Mauro Callegari has a restaurant in Australia (The Independent), he is a great chef and has had to close by order of the government (is it because of the bug?).

Well, everyone agrees so far.

He has 33 employees on the payroll.

Well, do you know what the authorities of that distant and wonderful country have done?

But also that is not all ..

They return ALL taxes paid since January 1 and …

What do you think?

So he is relaxed and calm at home as if it were a vacation.

YOU ARE SELF EMPLOYED, AND FUCK YOU!

Anyway, the freelancers endure anything!

And if not, read this article on ABC from ABC de Susana Alcelay

TRUTH! WE SURVIVE EVERYTHING!

So here we are all crazy and we climb the walls,

not because of the confinement, that some of us carry it better than others,

(And if not, ask my friend George, API also. In December he closed his office and here we see him, happy in his farm in San Juan, Alicante, 800 meters from the beach, with an orchard, chickens and ducks, and the well-stocked cellar.)

MY FRIEND IN HIS FARM, AND WELL ACCOMPANIED!

Anyway, there are always privileged!

If it ever ends …

First that we have no idea WHEN it will end, then we do not know HOW it will be not only our locality, but the entire WORLD, and then finally WHAT WILL BE OF our business or profession, whatever the segment we touch.

How much uncertainty, how much fear we carry in our bodies!

No wonder the mood and mood swings!

Each one processes it as they can.

They already charged us the freelance fee!

Quickly, lest the government boys run out of money and not be able to collect their miserable little dollars and various perks …

But be careful, the problem is not exclusive to Spain

look what happens in Argentina …

Doesn’t that sound familiar to you?

This argentinian guy is Javier Milei

Today I woke up rebellious and energetic.

It shows that the sun came out. And my body notices it a lot

I did my exercises and after breakfast, shower (don’t be dirty) and a good breakfast, I started working on the internet.

The truth is that I made good use of the morning

In the afternoon I continued working and at around 6:30 pm I put on sports clothes (what will I have… .. I am a monster) I started walking on the terrace.

I was 1.05hs like crazy. From one side to the other. Brilliant!

At night I stayed working until one o’clock.

And it gave me the slump again

THAT WASN’T ME, BY SURE!

There are days, like today, that I practically have to call all my wills to gather a piece of me each,

glue it and assemble it as best they can,

and get to make a unit that is able to get out of bed, do the detox and then the gym.

As I got up fucked up, I kept getting fucked up.

Not wanting to do anything.

After eating I fell asleep for a while and I got up more animated.

Then I spoke to a friend of mine who lifts my spirits,

It comforts me to talk to her because she is always positive, happy and optimistic,

And if you ask her for a favor she is always ready to help, without conditions.

It is wonderful that there are people like that, especially in these moments.

The bad weather has returned, and the bastard of my body notices it ..

I have no longer wanted to train in the afternoon.

I preferred to give him rest, lest my defenses drop and I am at the mercy of the famous bug …

I keep writing the blog

I just realized that it has been TWO days without taking the car, without going to the supermarket ..

I do not know if it’s good or bad

On the one hand it is good, because it means that I need less food (it is a reality that we eat less and less) and also that we spend less, which in these moments of general ruin is not bad.

But on the other it can be bad because it means that I am getting used to being locked up, to being at home, and in my THAT it is not normal, I have spent my whole life on the street …

SO I’VE BEEN ALL MY LIFE

I love going out

Or did I love it?

We will see how we get out of this, I mean what personality we will have after confinement.

I suppose that some are a better person, others a worse person, some more sane, others crazier …

And many others, unfortunately, will not come out.

Anyway, it will be seen.

Today as it was raining heavily (it even seems normal to us in Altea, almost like confinement) I got up very late.

I don’t know if you know that I love being in bed listening to the rain,

MY BODY KNOWS IT

Well, today I took advantage of it because the weather is changing and spring is coming ..

and as here in Altea you can’t trust,

We may go directly into the heat and it won’t rain again for months.

MAYBE IN A FEW DAYS……

And since I had no scheduled appointment, let’s say no client waiting for me anywhere, I decided to take advantage of the occasion …

Nothing to object to.

The only thing that when staying longer in bed and added to the humidity it makes,

Gentlemen, I officially communicate that:

Although I must thank, I do not know if God, or genetics, or food and exercise that I have done all my life,

It’s the only thing I feel about age

(that and I can no longer link what I would like)

I thought to go shopping and gas station but I was lazy.

I will do it tomorrow.

It seems to me that I am liking this about staying at home… ..

I’ve been since Monday without taking the car. Incredible!

Although thinking about it, then I will have to take it to take the garbage, because otherwise we will not be able to enter the kitchen!

I leave you, I’m going to do my weight training ..

In my private and artisan gym …

You have to get along … as you can!

I leave you with something very beautiful.

Cheers, there is less left!

A hug and have a good weekend