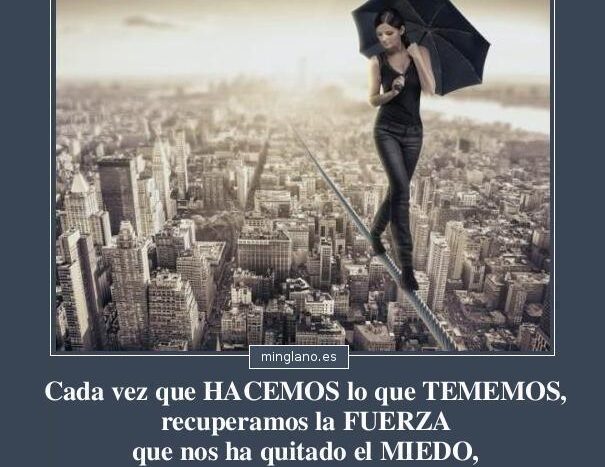 I hope and wish you a spectacular start to the week!

“Do you want your Monday to be a perfect day? Smile and make that of the others be too. Happy monday and happy week”

I must confess that I was hesitating to continue writing this blog on Mondays, what’s more, I almost had it decided …

Given the little reading that I assumed I had, I would not write it anymore.

But I have had many people who have told me that even if they do not read it the same Monday, they read it another day and they love it, it makes them smile …

And that for me is already worth it …

They have convinced me to continue.

Thank you very much to all my readers!

Returning to the matter of having a spectacular week …….

Do I tell you a secret to make it so?

You only have to throw out of your head….

I’m not saying that it is easy….

But it is very simple!

And when asked by the friendly owner, from Granada, he explained:

what they have is A LOT of eggs “

And he adds: “we are the envy of the rest of the hoteliers in Spain”

And those who defend the general shit and our politicians will say that thanks to the restrictions there is almost no incidence.

And I do not deny that it is possibly so, but I tell you:

And do you know the economic reality that we have around here?

The ruin we have?

Better not even think about it!

All you have to do is go around Benidorm …

It is almost a ghost town!

Returning to the loss of fear …

And slowly I am achieving it!

I must confess that a few years ago they entered me, before I did not have them

I have spent a large part of my life without them (I mean the great ones, those of whom we have the vast majority, not those produced by life’s own circumstances)

I could tell you many anecdotes but for now I am going to tell you only one:

I had recently come from living in Sweden and had been in Madrid for a few months.

I was very young.

As I couldn’t find a job and I no longer had any money left, I decided to go to Italy with a cousin who I had in the town where my father was born: Cortemaggiore, near Milan.

As I didn’t even have money for the one-way ticket, I decided to take a backpack, a sleeping bag, some garlic (in case there were mosquitoes, someone told me that the smell would drive them away), some carrots to kill hunger,

and with the equivalent in pesetas of about 50 euros.

I left Madrid very happily one morning (I have a photo and I can’t remember who made it for me, because at that time mobile phones were not even in the pipeline)

And I started my hitchhiking trip.

Thus, with two balls and a lot of unconsciousness. (I don’t know which of the two had more … or maybe I had a lot of both together)

The fact is that the trip lasted several days as you can imagine and of course I had countless anecdotes.

I must also add that I had a lot of self-confidence and since I was a Taekwondo black belt, I had not the slightest fear of criminals.

In fact, on another occasion I am going to comment on an incident that I had in Barcelona.

the first day I must admit that it was not very successful in terms of kilometers traveled because the first night I remember having slept in the open (in a good high mountain sleeping bag),

at the side of the road in….

The second night I slept in an abandoned factory in an industrial estate near Zaragoza.

The third night was glorious!

I arrived in Barcelona and slept in a room with a bed that a friend gave me and also gave me dinner!

And I took a spectacular shower!

How great, Pedro. I will never forget.

I must admit that my big problem was …

I didn’t want to smell dirty …

I had an obsession for cleaning and I washed EVERYTHING at the slightest opportunity I had (for those of you who are imagining that it would smell bad, well not because I had no money but soap, deodorant and perfume!)

Already clean, and well eaten, I left Barcelona on the fourth day very happy and singing towards my beloved Italy.

That day was very productive in terms of kilometers and I already slept in France near Marseille.

I remember the fifth day especially because I was picked up by three spectacular Spanish girls in every way (beautiful and cheerful), and since I was young, handsome and cheerful, I am not going to give you details of the trip we did.

If you don’t believe me that I was handsome, I put this sexi picture when I was 40……

We arrived in Monte Carlo, which was the final destination of the tourist girls, and I stayed with them for three days (what happened I will not give clues, everyone who imagines what they want, I leave it to the free will of each one).

The only thing I can add is that I had a great time!

After a week of travel, a truck dropped me off at the border with Italy …

It was late afternoon and almost night ..

I was so unconscious that I had no fear of life, and I was so happy that I greeted the carabinieri as if they were my brothers …

Well, of course they stopped me and asked me what the hell I was doing with that look, a backpack and without a handle, entering Italy on foot and at night …….

As you can imagine, things were not very normal.

Well, thanks to my sympathy, because I spoke perfect Italian and my last name was Micheletti,

I convinced them that I was going to my cousin’s house and after a while of laughing with me they let me enter the country.

If I had gone with fear, I would not have succeeded.

That night I slept in a grove near the road and the next day I continued my journey.

As for food, it was based on the cheapest thing I found in stores.

I must add that when you travel like this, with that attitude and predisposition, you meet wonderful people along the way and they help you a lot …

Business owners who, seeing that I didn’t have a penny, gave me food (cold cuts, cheeses, fruits, etc), and even the people who picked you up from the cars helped you …

one of them even gave me money !!!

That showed me that most people are good.

What happens is that bastards stand out a lot and are noticed, and we tend to believe that everyone is a bastard.

On the last day of the trip, a truck dropped me off at the entrance to the town where my cousin lived,

And since it was already very late (in Italy people in those towns sleep like chickens, they go to bed very early and get up at dawn)) I decided to sleep on a small hill with a pool of water that looked like a small lake.

Do you remember that I had some garlic in my backpack?

Well thanks to them I was able to sleep!

Because next to the bucolic little lake… ..

there were eight hundred billion mosquitoes!

I do not know if you have seen any, but they are like a sarcophagus, where the deceased can only see his face, very similar but made of cloth.

Well what did I do?

I rubbed all my face with garlic and holy remedy!

They didn’t bother me at all.

It is seen that the mosquitoes do not like garlic.

You can not imagine how the trip ended …

the story will continue another day.

What I wanted to highlight with this story is that we should not be afraid of anything.

“Every time we do what we fear, we regain the strength that has taken away our fear, because our strength is on the other side of fear.”

When you go through life without fear, and especially with a positive attitude, you only receive positivity.

And on the contrary, if you go fearful and with a distrustful attitude, you only receive negativity.

WITH TWO BALLS and pull the ball!

I leave you with the video of the rehearsal for tonight’s concert that Cecilia Callegari gives with a string quintet, works by Bach in the Hermitage of San Isidre.

At 7:00 p.m. in the Hermitage of San Isidre, Altea (behind the Tennis Club)

Music that comforts the soul, something that doesn’t hurt at all these days.

It is also free, with the one that’s falling down is very much appreciated,

it will be great

I leave you with today’s unsolicited advice:

“If you want to be successful, what moves you must really motivate you, inspire you, and get you off the couch.”

have a great week

PS: if you can think of any comments, please do so!

I love them, and they also give me a lot of morale to keep writing.