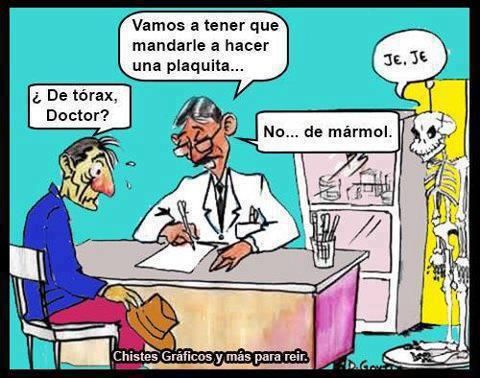 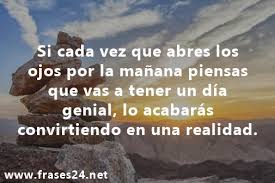 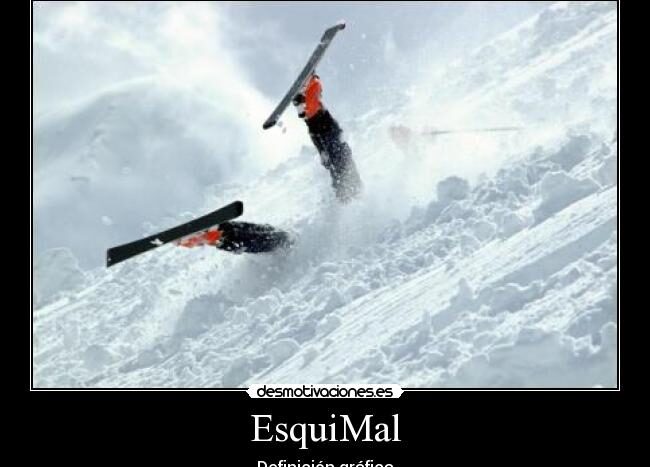 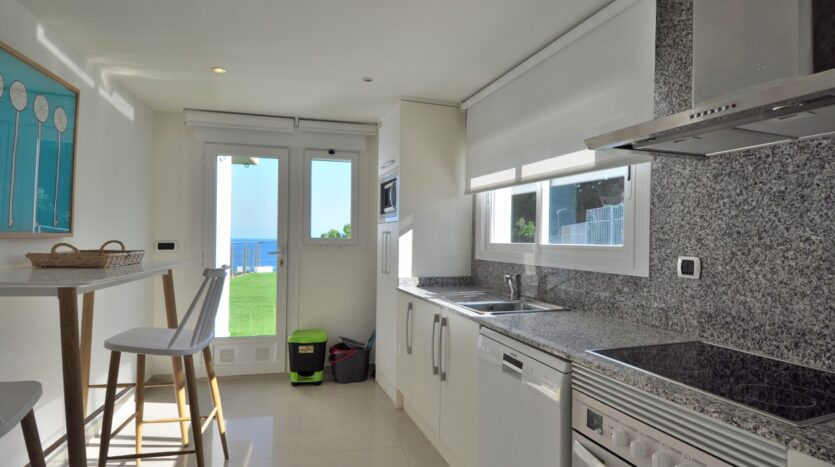 On Sunday I went for a walk through the streets of the Sierra de Altea golf, which I had not visited for a long time (the ones that are a bit hidden), and I must confess that TWO things surprised me:

1.- The number of very large new houses, that have been built, (many are old, fully rehabilitated), and especially in the golf area

In the Urbanizations of the Sierra and Golf, normally after the summer in these types of properties there are usually no more than 20-30% occupancy, since now I calculate that there is an occupancy between 70 and 80%.

Has Altea become a SAFE refuge from the fucking bug?

Or have people fled desperately from the cities to come to the haven of peace and good climate of our land?

Whatever it is, I think this is here to stay

With this telecommuting and 5G that is already invading us, more than one has taken a liking to the area, the good weather, the beach, a boat ride, a few balls to the many golf courses in the area … Mediterranean food …

Anyway, what else can I say?

Hey … if I’m going to sell a lot of houses and earn a lot of money, I’m not going to complain, but I don’t like the idea that my dear Altea fills me with people …

Well, we’ll see, because now winter is coming and no one has a clue what is going to happen.

I do not think I can remember another moment of so much uncertainty at the health, political, economic and even social level as the one we are experiencing.

NOT MY SUPER 5G PLASMA BALL KNOWS IT!

If we look at the statistics given by the College of Registrars, although at first they sound very negative, if we know how to interpret them, they are very positive.

In July of this year, the sale of homes in the Valencian Community fell by 37.2% compared to July of last year. (in Spain as a whole 32.9%)

So far all logical because a year ago there was no bug.

What do I read there?

That the number of purchases is increasing by a significant percentage:

And when we see August it will surely continue to rise.

All this tells me that despite the fact that we are falling, the interest in housing in this area is still amazing …

And as soon as the buyers who swarm here realize that except in exceptional cases the sellers are not going to throw the prices, they will not only not go down, but they will go up!

I remain convinced that next year at the real estate level will be magnificent and we will sell very expensive houses again!

Of course, you have to be a very good professional and have very good contacts to be able to do it.

NOT EVERYONE WILL DO IT,

The strongest and smartest will survive, the rest not even for waiters because most bars and restaurants will not be able to open for lack of a type of public that will not come here.

Could it be that many come to see a fashionable place, traveling for a few hours and at most to have an ice cream at my friends Maida and Nahuel (QVO in Portal Vell)?

I leave you in audio my serious and professional opinion, my point of view on the real estate market so that you can get your own opinion:

On the property of the week of my Blog 2 of the New World Order (and personal),

today I put a beautiful corner villa in Mascarat-Campomanes.

It is next to the port and has the beach below.

Can you ask for more?

For price it is an spectacular opportunity!

Here you have the link to my website in case you want more info:

Today is Wednesday and I don’t have a single line written….

For those of you who have not read me before, I can tell you in this New World Order blog 2 (and personal) that each blog takes me at least one full day of work.

that sometimes does not arise …

Above in case you do not know, I am Pisces ..

And as my friend Amalia says that she is also, “Pisces one day we eat the world and the next day the world eats us”

And do you know that I realized today, at my age, after having lived my whole life with myself?

Which in my particular case (I don’t know about others but I suppose it will have a lot to do with it) depends exclusively on the ENERGY I have at any moment.

Yes, if I have a lot of energy, I eat the world

That day the world eats me, everything comes over me!

Today that happens to me.

Yesterday I had one of those days like I hadn’t had it for a long time.

All day from top to bottom ..

And one of two, or I have totally unaccustomed to that rhythm of life …

I hope it comes first!

That of getting old …

I will never allow it!

I started before 9 in the morning with a whatsupp from a person whom I considered my friend and who revealed to me a betrayal, a big lie … 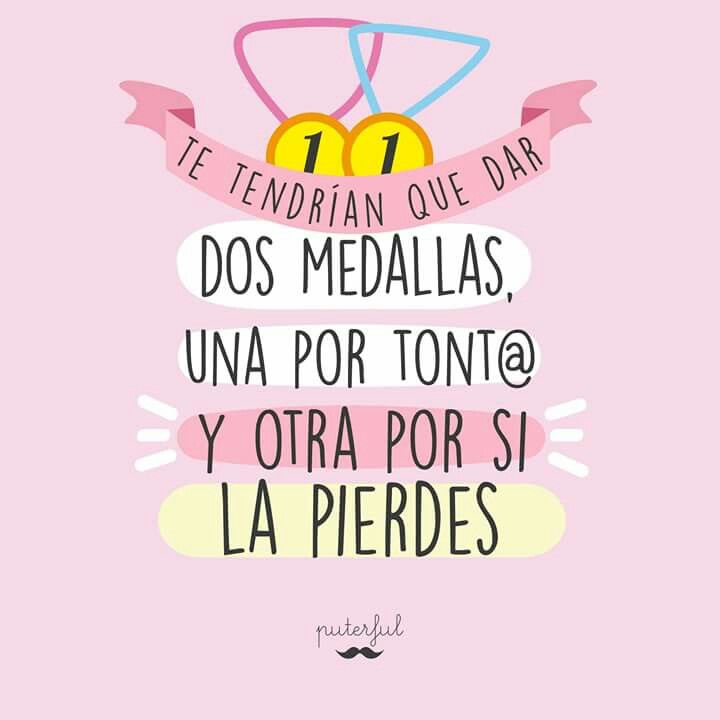 And in my case I CANNOT STAND the lie, the deception ..

I ALWAYS prefer the truth, although many times it hurts ..

Although sometimes it does a lot of damage

When I know the truth, I act accordingly according to the case.

And I try to repair the damage as soon as possible

But discover a lie, a deception,

it disarms me, it dislodges me …

Discovering that a person you believed and trusted has cheated on you.

For me that is terrible, definitive …

and it hurts me enormously!

So I already started the day finely….

I don’t know if you’ve ever had one,

Nothing happens, it does not kill you or leave you stunned or anything like it,

But friends, you have to pass it …

They are 20 minutes in a tube with many noises and without being able to move!

For the one who suffers from some claustrophobia it’s really screwed.

In my particular case, as I have already done many for back pain, the first moments I get a little nervous …

I take deep breaths to relax and try to think of pleasant things.

When I start to relax, the heat that the machine produces ends up relaxing me and at the end I must be careful not to fall asleep because of not making an unconscious movement and having to repeat the whole process!

When the doctor saw the result of the first one they did to me 20 years ago, he was hallucinating ……

And he literally blurted out: “How can you have so much mobility and do so many things (sports) if you have the back of a 90-year-old man!”

And it is because of that ..

To all the sports I have done in my life.

I played in Youth until the age of 13,

then as a simple fan until the age of 20 one or two games a week ..

When I was 22 years old, I started in Argentina with a Korean Master to practice Taekwondo in a gym that my friend Mario Guevara set up in La Plata city (Argentina).

(Mario do you remember?)

There I got the blue belt until I came to Spain.

In Madrid I continued with another Korean Master for several more years.

Then I started riding a horse …

Almost every day until a crazy horse rammed me against a post and I almost died… ..

I swear to you that at that moment I said goodbye to the world convinced that I was going to die.

But you see that “weed never dies”, the saying goes.

Of course I left the horses and then …

(someone took a picture just in that moment)

Back home and never again!

I discovered the Padel

We even reorganized the Madrilenian Federation of Padel the three musketeers:

the Good One (Ricardo Reese), The Responsable, (Gonzalo Herran), and The Chic (me) as main with the help of Borja Cañedo and then Kiki de La Rocha (another crazy Padel lover)

What a good times!

Not only to play but to organize tournaments throughout Madrid, it was two crazy years for me until I came to Altea and here no one had a clue what paddle tennis was.

we started to play in a private house that had something similar to a court, Pedro Barber and two funny Belgians (Jean Francois Bedue and Pascal) until we discovered an abandoned paddle tennis court in L’alfaz del Pi. (the only one that had been built in this area)

You do not know the joy it gave me!

An urbanization that at that time was called Solfinker and now I think it is called Alfaz del Sol.

We reconditioned it and there we played with Bertín Osborne, Miguel Ortiz (Mayor of Altea at that time) and others….

In those years they built 4 courts in the Hotel de Altea Hills (as I was an International Referee Judge of the Spanish Federation, I had to intervene in the design because Bertín told me that they were doing it wrong)

A lot of people already came there and a former tennis player (Lauren) became fond of like crazy, whom I beat at first because even though he had much more technique than me, he came from tennis

I cut the ball and won the point ..

I remember how he got mad!

After a while he got the hang of it and he was going over me!

And then the one who got mad was me!

Well, I consider Lauren one of the great promoters of paddle tennis in the area.

He had the first court built at the Altea Tennis Club and there began his great work of dissemination.

It’s been a few years since I stopped playing due to back problems.

Now I only do light gymnastics: (weights, yoga and some Pilates mixed)

Since the confinement began, I have a lot of pain in my lower back and I don’t know if it is due to a real problem or because I am sitting in front of the computer for many hours with a little strange postures,

So to rule out things the doctor has requested it.

Next week I inform you …

After the MRI (going to a hospital right now adds stress, at least to me)

I always listen to him.

I trust him a lot.

Trusting someone does a lot of good.

It takes away stress, it relaxes you knowing that you are in good hands …

At 1:00 p.m. meeting with indecisive client to see apartments until 3 o’clock.

running to have coffee at the Miau gourmet coffee…

At 4 another client and more apartments until 7.

Cecilia calls me to see if I didn’t feel like eating a hamburger at The Grill in Albir to relax.

And who does not?

Well, that’s where I went.

Take the car and back to albir …

Then we finished in Live 4 Elements having a drink….

Nothing, that until 12 at night I did not land at home.

Now I ask myself: Why am I so tired today?

Everything I have told you is not for you to pity me, quite the contrary!

It is to serve as an example and you must start to move your ass,

that the sofa is comfortable and nice but it is not good at all!

I leave you with today’s unsolicited advice in my New World Order blog 2 (and personal) :